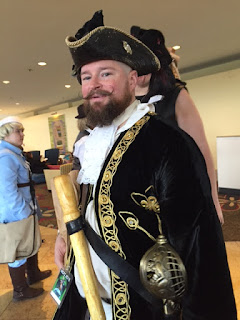 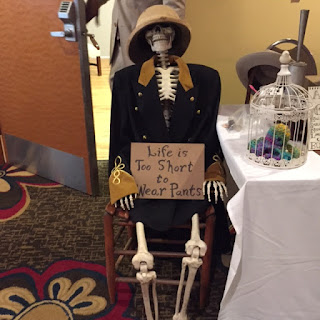 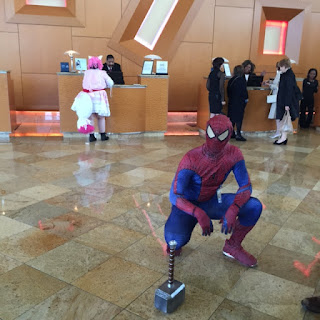 Music to Show What We're Thankful For

"Beyond the Lion's Den" premiered in 2001 at our son's Bar Mitzvah. It is packed with great music and the people I love most.


PS: Because of spamming purposes, the linky will be closed on Thursday of each week at midnight, Malaysian Time. Thank you!
Posted by Catch My Words at 9:32 PM 5 comments:

Driving on Houston Levee, I spotted a trail of men's clothing littered along the side of the road. As I drove by, I snapped a quick photo and wondered what the poor sap did?

I pictured some angry woman tossing his clothes out after a night of gallivanting with some other woman. Perhaps, he made some snide remark about her weight gain. Whatever it was, I'm sure it's a story waiting to be written, so I wrote it. Here goes.

He didn’t expect her to be waiting behind the front door when he flung the thing open with an echoing bang from the wood hitting the wall. Nor, did he expect those eyes––eyes that might have belonged to an angry bull with smoke steaming from the nostrils. Her ratted brown hair falling across her face failed to conceal the anger of a woman.

“Where have you been?” She bit into her lip as she always did when problems got the best of her.

Being too stinking drunk to imagine he could put a coherent sentence together, he stumbled into the entry hall and tossed his coat on the arm of the sofa. A smoky stench radiated from his body and filled the room.

“I’m talking to you.” Her screeching voice bounced off him like a rubber ball hitting concrete. He didn’t look, flinch, or utter, but rather shook his head, “No,” gave a quick wave, and stumbled toward the bedroom.

“You’re drunk! Stinking drunk with a chain of hickies dotting your neck.”

“It’s a, it was a, I met a vampire. Yeah. On the way home from the bar, he tried to bite me but couldn’t break through my super strong underwear.” The man reached into his drawer and pulled out a pair of green boxers with tiny shamrocks surrounding leprechauns drinking beer. “Thank goodness I had my clothes or I would be dead right now.”

“So, let me get this straight? Your underwear is keeping you alive by keeping vampires from biting your neck?”

“Yep. Underwear, shorts, t-shirts, all those things keep me alive.”


The woman snatched a variety of the man’s clothes from his dresser and tossed them out the window onto Houston Levee. “Not anymore,” she said.

As an elementary school gifted pullout teacher, we are often asked to substitute for middle or high school classes so that those teachers may attend meetings on Fridays. We do not teach on Fridays but are kept quite busy due to our massive amounts of Special Education paper work and no secretaries to help us with it ––plus, meetings and substitute teaching. Last Friday, I subbed in the usual high school classroom where I noticed an interesting artifact near the assignment the teacher had left for the gifted and talented freshmen to complete. The kids, who were wonderful, were given an essay test which would involve working through the entire period. So, I left the little message below on the board. 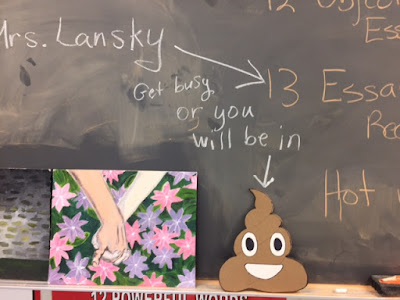 Can You Feel Your Face?

While listening to the radio, I heard a song about a dude with a serious problem and his woman who is in denial about it.

First he sings, "I can't feel my face when I'm with you." What in the world could 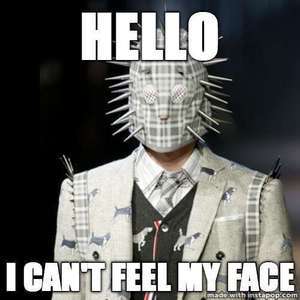 cause one to not be able to feel one's face? Is it paralyzed at the same time? Perhaps the dude had some kind of stroke that deadened the nerves in his face or maybe he has some form of cancer where the cells have gone awol. Can he not feel his entire face or just one side? It could be Bell's Palsy if it's just one side. Skull fracture, tumor, high blood pressure, Lyme's disease--there are gazillion possible reasons for not being able to feel one's face, and none of these are good.

Does his face droop, too? "Do his ears hang low, do they wobble to and fro."

Then again, the dude sings, "But I love it." Why would he love having a numb face? That would make me nuts. Not feeling one's face does not strike me as a normal feeling or something one should love. 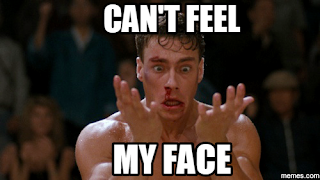 Maybe this is a case of domestic violence. Did the chick strike him across the cheek with a frying pan or something. That must be it! The dude is a masochist and his sadistic lover experiences sexual pleasure in numbing his face. Plus, he states, "I know she'll be the death of me." Yep. She's a pan swinger all right. Maybe she beats him with a sledge hammer, too.

Then again, "She says, 'Don't worry about it'." Now, I don't know about you, but if I couldn't feel my face, I'd be worried. Is she in some kind of denial about his problem. Whatever the case, I suggest she starts worrying and takes him to the doctor ASAP . . . especially if he has other symptoms, like drooling or difficulty talking. Then again, he has no problem singing.


The dude is on drugs. 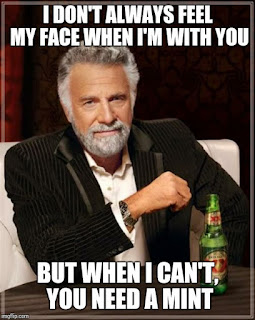 Here's my latest bit of irony. While running a 5K with my dogs, they tripped me and I face planted the gravel. I have swelling, scratches, and bruises to the 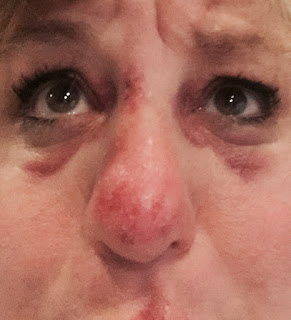 face. Not feeling it might be something I'd like about now. What a difference a day can make. Too bad Halloween is over. I could have had fun scaring the kids. I wonder if anyone will notice at work, tomorrow. I think I'll just have to milk this for all it's worth.

As a side note, I ran the rest of the race, got home, opened my bag, and found the wrong sized t-shirt. That sucks!

The Martian - Book or Movie?

My husband and I went to see "The Martian" at our local theatre. Although the movie was good, the book was much better. Not that I mind watching another team of people working feverishly to rescue Matt Damon, but the movie left a lot out and also may have left questions with those who didn't read the book.

For example, Damon easily grew his Martian potato farm after digging through a trunk for a few bags of poo and starting a small fire inside his MAV. It wasn't easy, but by the same token, the movie goer doesn't get the true feel for all of the math, science, labor, and thought that went into stranded astronaut, Mark Watney's, multiple projects. Nor did the viewer understand how much Watney hated potatoes after eating them every sol for every meal.

If all Watney ate were potatoes, wouldn't he develop a huge belly like the starving children with protein deficiencies or a pirates's black bruised scurvy? No, Because the reader knows that he had lots and lots of multiple vitamins to keep him healthy. What he lacked was raw calories. Thank goodness he was a botanist who could grow these.

Watney's trip to the future site of the next Mars mission was easy peasy on the screen. No major sand storms to interfere with his solar panels and tip over his vehicle. No back aches from the manual labor to prepare. Where was the cool bedroom he'd made in the book? Heck! Once Damon found an easy way to communicate with Earth, he never lost it. The movie was entertaining and interesting, but it lacked the obstacles and understanding that one gets from reading the book.

Although author Andy Weir claims to be the ultimate science geek who enjoyed working out the ins and outs of a mission to Mars, he feared the science discussions would bore the average reader. I, however, am that average reader who is not interested in math nor science yet never grew bored with his book. After all, how can one get bored with a book whose first line is, "I'm pretty much f*cked," and the first page grabs the reader with the knowledge that he's absolutely right!

Go on and see the movie, but before you do, read the book. 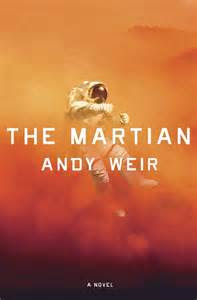 I came home to find that someone had left a kitchen door open.
The Ruby damage is shown below. 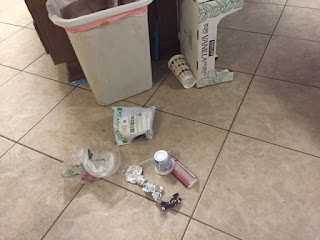 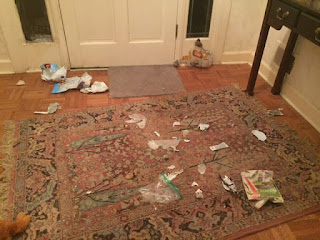 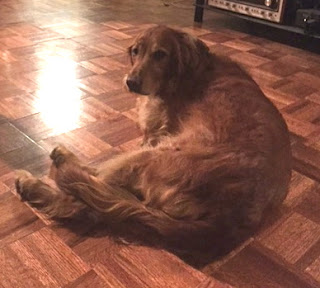