My big bother sent me a detailed report of the extensive cancer in our family. He wants to have my mother's cancerous remains genetically tested to see if she had the "cancer gene" and may have possibly passed it down to us. Although I see a lot of value in this, it's a scary proposition. After all, the infamous they says, "Ignorance is bliss."

Not that any of us have ever enjoyed blissful ignorance in our family. I have always visited my doctor and suffered through medical tests at the recommended times. The problem, the typical five year span for a colonoscopy may not be enough. If we exhibit this gene, we should be tested every year.

For those who have not had the pleasure of a colonoscopy, let me enlighten you. First, one must restrain from eating solids while drinking chalk and visiting the toilet to expel more manure than anyone thought the human body could hold. Next, one's dehydrated body is wheeled to the hospital to have a needle inserted into a flat vein. It's nighty night while a doctor inserts a scope through the anus in search of polyps. These bugabears are instantly clipped and tested for cancer.

Luckily, I have been polyp free after each test but am also under fifty. In our family, the fun begins as we age.

So in conclusion, my big bother wants me to go through this delightful test more frequently . . . and why does he want this? Because he loves me. Colon cancer is one of the most easily preventable diseases; however, many fail to have the necessary test. If you are over fifty or have a family history, get moving to your doctor for some probe fun.
Posted by Catch My Words at 10:54 AM No comments:

On August 24, Mocking Jay will be hitting the bookstores, and I'd love to win it. Would you believe I actually met Susanne Collins? This was before she was a best selling author. I didn't even get her autograph. Sigh. But now she's written an amazing series that began with Hunger Games and continued with Catching Fire. The final book, Mocking Jay, will be out soon. By posting on a blog and advertising this contest, one may get additional entries, so I'm all over it. Here's what you need to know to enter:

Go to the following link and spread the word . . . but not too much because I want to win. ;-)

Posted by Catch My Words at 9:22 AM No comments: 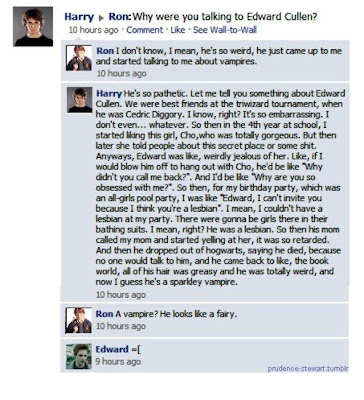 Posted by Catch My Words at 2:52 PM No comments:

Don't you love a contest? You can win multiple books by entering the contests at Paranormal & Romantic Suspense Reviews.

THE SECRETS OF NEWBERRY By Victor McGlothin
http://paranormalromanticsuspensereviews.blogspot.com/2010/06/victor-mcglothin-secrets-of-newberry.html
Posted by Catch My Words at 10:10 PM 1 comment:

Awe,gee. It looks like someone might actually read my blog, so it's past time to post. I do indeed win a lot of contests, and here's why. I enter them. It's an odds game, plain and simple. If you enter four contests a day, sooner or later, you're going to win something. So what are you waiting for? Search the internet and enter them.

By the way, I recently won an autographed copy of Eric Luper's, "Seth Baumgarten's Love Manifesto." What a great book! I also won an autographed "Red Pyramid" by Rick Riordan. Of course he has his own little fan club and doesn't need me to tell you his book is great. Actually, I wouldn't know because I've yet to pry my daughter's fingers off of my prize. I'm looking forward to receiving my next win by Sarah Ockler, "Fixing Delilah Hanniford." If I love it, I'll post an Amazon review.

So folks, I'm not overly lucky. I'm overly persistent. Just ask the agents who keep finding my queries in their inboxes. Sooner or later someone will say, "Yes!"
Posted by Catch My Words at 1:03 PM 2 comments:

Don't you love contests? Me too. So I'm going to post a comment about the following contest.

Weres vs Vamps smackdown! Win 13 to Life by @Shannon_Delany & signed Wicked Game, Bad to the Bone by @jsmithready http://bit.ly/a3vO0Z

Back in ancient Rome, spectators went to see gladiators fight to the death for the sake of entertainment. We may cringe at the cruelty of this, but are we really that different today? We may not be publicly murdering people, but we are practicing rude behavior to shame folks in front of the television audience.

Once again, I see an article about Simon Cowell harassing some kid on American Idol for the sake of entertainment. If it's not Simon, it's a reality TV show kicking a person off the island or publicly stating how much one dislikes another, but why?

These shows, for the sake of entertainment, are sending a scary and real message to our youngsters: it's okay to be rude to one another. As someone who works with children, I see that they are getting this message loud and clear.

But, it's not just our children. Society in general has become overly rude. Just the other day, I stepped into my vet's office to fill a prescription for my dog. The woman quickly took my order and handed me the pills. All she had to do was get me to sign the receipt, and I'd be on my way. Instead, she stopped to talk to the vet and help a young co-worker who didn't understand how to perform a function on a computer. After I stood in wait for several minutes, she handed me my receipt without so much as an apology for wasting my time. As so many other times, it became obvious that I--the customer--am not the most important person.

We may not be killing each other with swords, but there are other ways to bring harm.
Posted by Catch My Words at 12:28 PM 1 comment:

At work, everybody has one number for the copy machine with a limited number of copies. Someone--wonder who--repeatedly runs out of copies and hunts and pecks for another number. This leaves someone else with no copies. I have been a victim of this despicable practice, but never would I stoop so low as to steal another person's copies.

The other day, my principal accused me of doing this! I was highly offended and hurt that someone could even think me capable of doing something so dishonest. I may have faults but dishonesty is not one of them.

So I investigated to see why I was accused, and it turned out to be a misunderstanding. As a special education teacher, we have four special numbers that we use to copy IEPs for parents. When one runs out, we move to the next one. One day at the machine, I was trying to copy an IEP for a waiting parent. The first number was used up, so I moved to the next one and found the same problem. Apparently I said, "I've got to find a number with copies." The person behind me interpreted this as copy stealing and reported me to the boss.

Now, couldn't they have said something directly to me at the time? Sometimes the adult world is not that different than childhood.
Posted by Catch My Words at 8:52 AM No comments:

The critics gave “The Lightening Thief” movie poor reviews, but I liked it. Sure, it wasn’t as good as the book, but what movie ever is? The purpose of going to the theater is entertainment. I enjoyed the special effects, watching the story unfold, and chemistry between the characters.

Although the movie was fun to watch, a lot was cut out from Rick Riordan’s book. For example, I never saw Percy interact with many of the kids from school or camp. This was a major part of the book that time didn’t allow. Also, a huge draw of the book was the unanswered questions. I spent a large part of my reading time wondering who Percy’s father was. Riordan dropped little clues that allowed me to piece together Poseidon. Did anyone head into the movie not knowing who Percy’s dad was on the front end? Furthermore, in the book, I wondered who stole the lightning bolt? The movie didn’t have that question looming over the audience. If anyone wondered anything, they were quickly told.

So why did I still like the movie? …fun Hollywood drama. If anyone asks my opinion, I would still say, “Read the book!”
Posted by Catch My Words at 6:34 PM 1 comment:

As a writer, I've always struggled with making my characters unique with their own dialects and mannerisms. Many kids books are successful at this difficult skill, such as Lynn Reid Banks', "Indian in The Cupboard," Ingrid Law's "Savvy," and the sixteen different characters from Paul Fleishman's "Bull Run." But the author who's done this most recently is Kathryn Stockett with her best selling novel, "The Help."

This story is told from three different view points. Although she only labels the first chapter of a few when she changes the point of view, it's easy to pick up the book and know whose head you're in because each character is so unique. Sometimes when authors make the best seller list, I question the writer's talents, but not with Stockett. Her prominent place on the book shelves is well deserved.
Posted by Catch My Words at 6:23 PM No comments: