Last night, we ventured to the dark side by seeing Star Wars in our favorite theatre. For $7.50 a ticket, one gets to see a first run movie. Plus, the audience adds great entertainment with their timely comments.

"Don't go in there. He gotta knife! He gonna kill you!" etc. 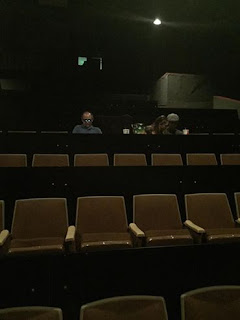 Unfortunately, our screening of Star Wars turned out to be private, so we had to provide our own funny comments. The extra commentary wasn't nearly as fun as The Hobbit, but a private screening of a first rate movie during prime time was awesome!

Plus, for two more dollars, we got the cool 3D glasses. 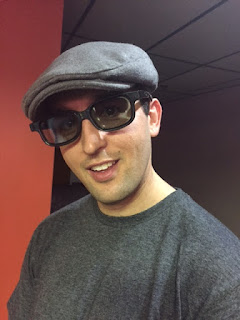 Daniel sported a hipster look with his 3D glasses, but I thought of Elvis Costello. Mitchell looked pretty cool, too. 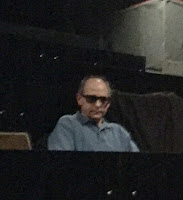 The Star Wars flick was especially fun because a lot of the 1977 cast was in it. The humans aged a lot more than the others. Chewbacca hadn't aged one bit nor had Admiral Ackbar. Princess Leia didn't wear her gold bikini, but that was probably a good thing. The villain wasn't scary and . . . I can't tell you the other disappointing element of the movie or it will ruin it. Luke Skywalker needed more force but over all, I enjoyed Star Wars. 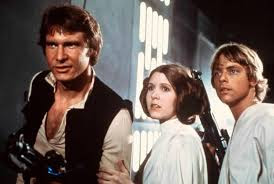 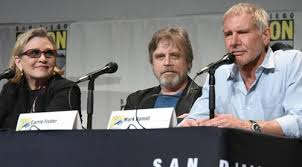 Not one single grey hair on Chewbacca! 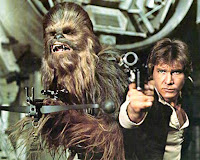 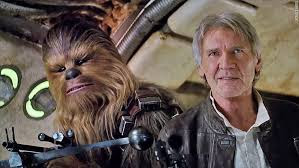 Glad you got to see it and enjoyed it! It's been getting good reviews, but i trust the opinions of people i know over the average reviewer.

How odd that you were the only ones in the theatre. Star Wars is super popular here. I can't imagine an empty screening. Is $7.50 a lot of a little in the states? That would be super cheap here where first run movies are about $17.

I want to see it. I think it's fun that the original three have returned to the new one. :)

Yes. $7.50 is super cheap for a movie! Star Wars has been selling to sold out audiences, so an empty theatre is also unheard of. That's the irony of my post.

How did you find an empty theater playing Star Wars? You must have had the force with you.

$7.50 for a movie? What a deal! Glad to hear that you saw Star Wars. I heard that it made over $300 million after the first weekend. Crazy! Happy New year!