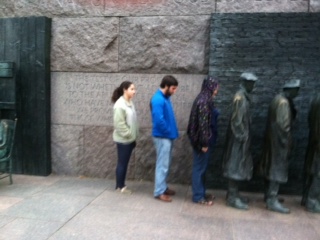 The kids were hungry, but this food line just wasn't moving!
When one waits in line too long, the sky turns to this... 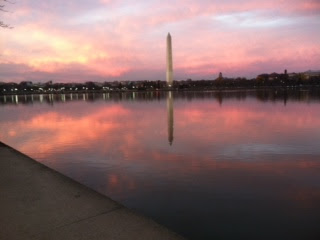 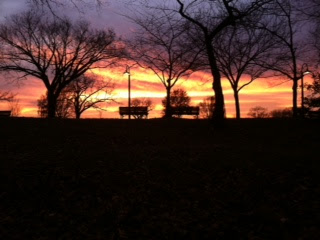 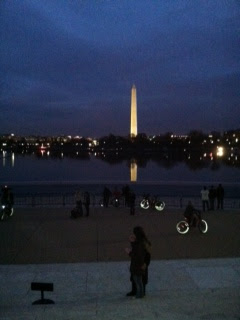 See! I can take purdy pictures too.
Posted by Catch My Words at 6:09 PM 13 comments: Links to this post

Many young mothers love to brag about how intelligent their babies are because they can say a word or two. Although my daughters spoke early and often, my first born son was a quiet mover who barely said much his first year of life; however, Daniel rode a bicycle before his third birthday. Of course now that my kids are 23, 21, and 18 years old, no one knows or cares about their early development.

Albert Einstein, one of the most brilliant minds ever, continually worried his mother because he didn't talk until he was three or four years old. One evening at the dinner table he said, "The soup's too hot." His mother, being thrilled and relieved to hear her young son speak, asked why he had never spoken before. Young Einstein said, "Up to now everything has been in order."

Although we like to tune into the first words of babies, kid speech is more fun as they bumble through our language not always knowing what their words mean. In a fourth grade classroom, a child was assigned to describe the country of Belgium in twenty-six pages--one page for each letter of the alphabet. If that child knew what urinate meant, she wouldn't have written, "Belgium men urinate in the streets" on her U page.

Kids are not the only ones who sometimes misinterpret language. I remember a father from long ago who used to love to show everyone how smart he was by using "big" words; however, he sounded like an idiot when he called the parent/teacher conference a tryst! Not with you, moron.

Misinterpreting language is not new to our millennium. President Franklin Delano Roosevelt hated the typical small talk and flattery that he received at the Washington parties, so at one event he greeted his guests by cheerily saying, "I murdered my grandmother this morning." Most people smiled, paid the president a compliment, and moved on. Towards the end of the evening, he came upon an active listener who diplomatically said, "I'm sure she had it coming to her."

Since I started with Einstein's first words, let me end with Karl Marx's last words in 1883. His maid asked him if he had any dying words that she could write down for prosperity. He said, "Go on, get out - last words are for fools who haven't said enough."

And now I've said enough. If you like this post, please vote for my blog on the Picket Fence. Thanks!
Posted by Catch My Words at 9:31 AM 17 comments: Links to this post