Yesterday, my husband and I went to see the new Queen movie, "Bohemian Rhapsody." As a long time Queen fan, I soaked up every minute of it!


Rami Malek played Freddie Mercury as if we were seeing the real deal. The movie has motivated me to watch Queen documentaries to see how much of the movie matches reality. It seems like musicians are an interesting breed with their own sense of sorrow as they experience the world. I'd always read that "Bohemian Rhapsody" was a way of Freddie dealing with his parents' rejection of his gayness and flamboyant self, that clashed with his religious upbringing. That's not what the movie indicated.

Either way, Queens' unique style and brave step to be original catapulted them into stardom. Here are several of my favorites from the band to celebrate the newly released movie and the unbridled talent that was Freddie Mercury.

I saw Rami Malek on the Late Show talking about the iconic teeth he wore for the movie. He wanted to do the most ostentatious thing that Freddie Mercury would have done, so he had them cast in gold. 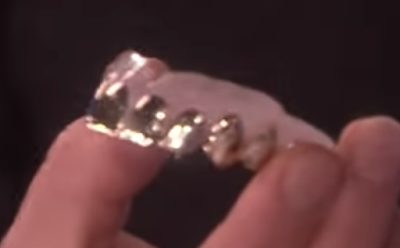 I remember seeing Rami Malek in "The Night at the Museum" and thinking he's got a special something about him. I'm not surprised to see him go on to fame with this career setting role! 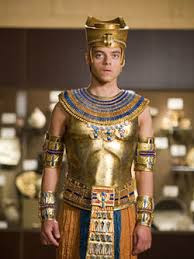 The Live Aid scene of the movie was especially fun. Mercury had a way of grabbing an audience and not letting go. That talent is especially seen in this clip. Oh, how I wish I could have been in London at that concert. Many of the best talents were there but clearly Queen stole the show. Little did I know, Mercury was sick with Aids and hadn't been with the band at the time of this production. I even read that he was having trouble with his voice and that a doctor told him not to sing. He hid that, and the rest of his pain, well.

Seeing this movie and listening to documentaries about Queen has got me thinking. I have very little in my store that deals with music. I wonder, is there a market for this? In other words, should I write an educational story or create an educational products about Queen? I just might!

Music seems to speak to almost everyone, i can see music product lessons doing well.

We came home a couple of hours ago from seeing the very same movie. We loved it and I did the same as you went to You Tube looking for Freddie Mercury! Rami Malek really did him justice and if he's looking down now I know he's pleased. I had no idea about some of it, but I enjoyed the movie immensely. Thanks for posting. I was going to do the same on Wednesday, but yours is much better than mine.

Queen is an icon 80s band. Boy, were they ridiculously popular back in the day and their mewsic remains so to this day. Their mewsic never fails to put the groove in my move, though. :) I'm not really big into movies based on a person's life, especially celebrities. Thanks for sharing your tunes and review.

I haven't seen the movie yet - I might not, until it starts to stream. I love so many Queen songs and many of them are masterpieces. I would go just on your word alone! Have a great week. Alana ramblinwitham.blogspot.com

I need to see the movie. Queen was one of the groups I loved as a kid. Very nice.

Queen is one of my favourtie bands, so it's good to know you liked the movie. They made so many great songs.