Back when I first started blogging, I had no followers and 108 hits for the entire month of July, 2009–which beats May, 2009 where I received zero. Now with 386 GFC followers and 105 on Network, I receive quadruple that number of hits, or even more, daily. With GBE2's "do over" theme, I'd like to revise and repost one of my early attempts at blogging.
Originally posted: July 14, 2009
Why I Read Kid's Books
My daughter has said, “Mom, you’re an adult. Read adult books!”

Sure, I had my days inside the mind of psycho killers brutally murdering helpless victims. I used to be pasted to the pages of Dean Koontz novels, but I’ve moved on. Usually, we advance to more challenging adventures, not me. I write for children. 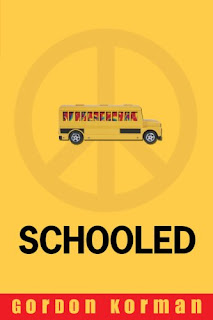 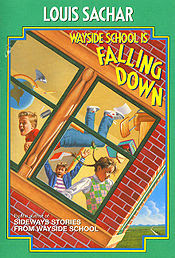 So, I wonder: am I immature when I laugh hysterically over Gordon Korman or Louis Sachar? Let’s face it, an adult story will never have Cap Anderson innocently referring to his classmates as Buttwad or Jerkface like in Schooled or the fun antics of kids breaking into a lowlife’s house in Swindle. Furthermore, will we ever see the silliness of Wayside School in the adult section of the library? "Class, let's learn about gravity by dropping this heavy and expensive computer down thirty floors." Ha! Doesn't happen in the adult literary world. 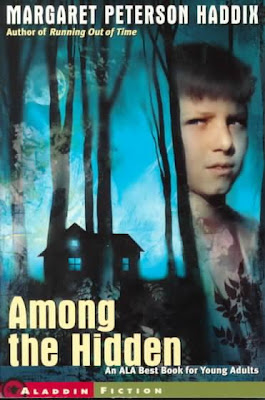 Not only do I like kid humor, but the YA section of your library or bookstore contains plenty of nerve-racking stories such as Margaret Peterson Haddix’s Shadow Children series where third born children must hide or be murdered by an uncaring government; or how about, The Hunger Games by Suzanne Collins? Young Catniss must fight for survival in a future world. And YES, I love Anthony Horowitz’s, Alex Rider character. This junior James Bond is sure to hold anyone’s interest. Of course if you want to battle monsters in a modern day world, Rick Riordan’s Percy Jackson adventures make for a fine read. Adult novels seem to only fight sex monsters. 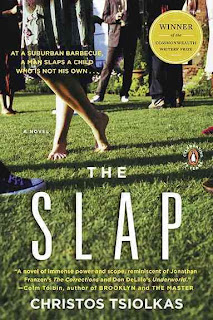 Not long ago, I actually read an adult novel. The Slap by Christos Tsiolkas leads the reader through an adventure about an adult who slaps another couple's child at an outdoor barbecue. This one event leads to the unraveling of the entire social community as a lawsuit progresses and friends take sides. Though a good book, every chapter had details about sex and the like. I enjoyed the read, finished, then picked up my next kid's book.


Probably being a bit ADD, I love the way a child’s story taps into a scene or character quickly without boring me with too much detail. So next time you're in the library or bookstore, check out the kids’ section. If you're like me, you won’t be disappointed.
Posted by Catch My Words at 2:31 PM

Email ThisBlogThis!Share to TwitterShare to FacebookShare to Pinterest
Labels: #GBE2, children's books, do over, kid lit

My favorite book in the whole world is Anne of Green Gables!

@ KAT: Me, too. @Joyce: Kid's novels are great. You may like my novel. I've got characters calling each other dickweed and dickwad. Remember the eighties?

Anyway, you perspective here is adorable.

Thanks for reposting! This was a great thought.. I love YA books.. and a few kids books as well. You hit the nail on the head YA books have so much of the quality of adult books w/out the sex.. I fell in love with Cinda Williams Chima and am anxiously awaiting her final book in the Seven Realms Series..

I love kids books. Read them to my students. Just finished wayside school - we had some good laughs - and now I am reading Jerry spinellis LOSER. very good. Like you said they move quickly, moving away from boring the kids. Great post.

I love Anne of Green Gables and Tic Toc of Oz and, oh, oh, Are You My Mother?

I love kids' books!! Most of the times, there's more substance in the content if one knows how to dig deeper. I'll be checking on your recommendations!

I reread Alice in Wonderland every couple years, then Peter Pan. got lost on Treasure Island a few years back. They're a comfort, old friends.

I like kids books too and like to go back and reread ones that I read when I was younger plus find new ones too!

Nothing in this post surprised me. I see you enjoying the wonderful tales without all the gobaldy gook that some adult books possess. Good job, as always. ♥

I loved The Book Thief, and I didn't realize that it was also considered a YA book. I've also heard wonderful things about Hunger Games, so I think you're on to something! Julie

hehehhe... I like the way you think, and write, so if reading kids books is what keeps that sense of humour of yours happy... I say READ ON!

You're telling me about the turmoils of just starting out. I just wrote my first children's book "How Orples Came To Be" and have been blogging constantly trying to build a base. It is a learning experience and I think in chatting back and forth, a lot of friends can be made along the way to gaining recognition. You look like you've built a nice blog since 2009. I need to check you out.

Some of the greatest books are written for kids and certainly some of my all time favorites! Great post!

Some very good books, like many by Farley Mowat, weren't really written as YA books, but are are now considered as such. There was a great quote by Isaac Asimov (I think) who said that as a child, he would sneak into the adult section of the library to see what he was missing, and as an adult, he's sneak into the kid section to do the same.

I loved Anne (spelled with an E) and Judy Blume's - Are you there god, it's me Margaret among many others. When my daughter began reading for pleasure (after she graduated high school) she shared some of her favorites with me. She likes the true stories of trials and tribulations. In fact, she was the one that convinced me to write my memoir - it was like the stories she had been reading. I like all kinds of books. Thanks for sharing your perspective.

Me too me too! My favorite books come from the YA section!

Enid Blyton was always one of my favourite - did you have her books in America? I used to love her boarding school stories - all terribly old-fashioned now, I'm afraid! My absolute favourite book of all, though, was 'A Swish of the Curtain' about a group of teenagers who restore and old theatre and then put on their own show. I read that booki so many times, it practically fell apart!

I'm with Paula on the whole Enid Blyton books. (You have no idea how impressed I was, as a young girl, to discover her daughter was called Gillian!) Children have teh best books, no doubt. Much as I adore my Tolkien or King, picking up a book from my childhood is like sinking into a big poofy sofa, pure comfort. I recommend the Greene Knowe series, which I have read more times than any adult book! (http://en.wikipedia.org/wiki/Green_Knowe)

Well you liking kid humor and all, you left room for me to plug my book. ;-) I won't go on and on in your comments sections. I'm stopping by from GBE2. Here is the link to my author page on Amazon http://www.amazon.com/Kenya-Gallion-Johnson/e/B0078V9SN4

You go ahead. I'm all for shameless self promotion!

There are so many great kid books. We still do read aloud as a family (and the girls are 11 and 14)

Children's literature really can be wonderful. I adore Anne of Green Gables, Little Women, and Are you There God? It's Me, Margaret. I have some favorites in little-kid books, too. Love You Forever by Robert Munsch, The Gruffalo, Hey, Little Ant, Llama, Llama, Red Pajama, Mrs. McNosh and the Great Big Squash come to mind, but there are loads more.