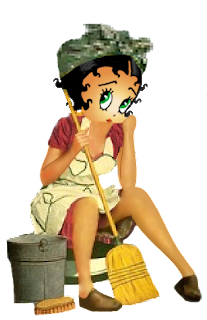 For the last part I can't I am sorry! The rest is funny yes!

What a stupid woman in the last part It's awful but it did make me giggle t her stupidity...my bad
:-(

Stupid is is stupid does, sir. LOL!TFF!

Unbelievable but true. Interesting to read about stupidity.

if the Government says your dead..you must be..I mean they are never wrong and highly efficient..... :)

The last story has been circulating a long time as a true news story. Fortunately, Snopes says it's not!

That poor man lives within our "news audience" here in Central Florida. The 3rd time it happened, the media got involved and I thought it was fixed. I almost fell out of my chair when the 4th time hit the news. That poor guy!

The report of my death was an exaggeration.
Mark Twain, New York Journal, June 2, 1897

There are worse things in life than death. Have you ever spent an evening with an insurance salesman?
Woody Allen

Have a great day!

all that red tape just seems to get in the way at all the wrong times! geez! poor guy. how freaking frustrating. i am frustrated and i am not even him! geez louis!

How exasperating! The gvt, like the bank, does not make mistakes, so I imagine it's true and no one has told him that he has passed. *sigh and removing my hat in reverence*
Good job!

He's dead, but they still expect him to repay the government!

Hey! There's an award for you at my site!

Glad to hear the last one was false, although I have to admit I was already laughing when I got to that part. Started literally laughing aloud at "but so far, being alive has not been sufficient proof that he is not dead." Thanks for linking up. Sorry I am so late to visit.