This week's GBE2 topic Stranger made me think of our local newspaper.
The Commercial Appeal posts many strange stories, like the  article about Bush Senior parachuting out of an airplane on his eightieth birthday. Next to the article was a photo similar to the one above with the headline: The Aftermath! Apparently that wasn't stranger than other photos because Jay Leno never used it for headline news. So, in order to find something stranger, I searched the internet for bizarre news stories. Are they any "stranger" than what I found in the Commercial Appeal? 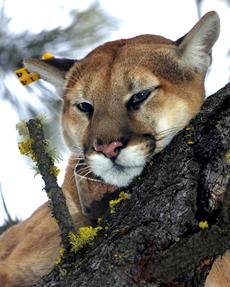 Man robs a Dollar General and post pictures on Facebook with his loot. Or maybe the story about a hiker who was attacked by a lion and was then saved by a bear that loosened its grip. I read another story about a man who lived with a bullet in his head for ninety-five years. Hmm. All these weird stories involve the male gender.
So tell me, did I successfully cover the GBE2 topic of "Stranger?" Oh, stranger. You meant someone I don't know!
:p 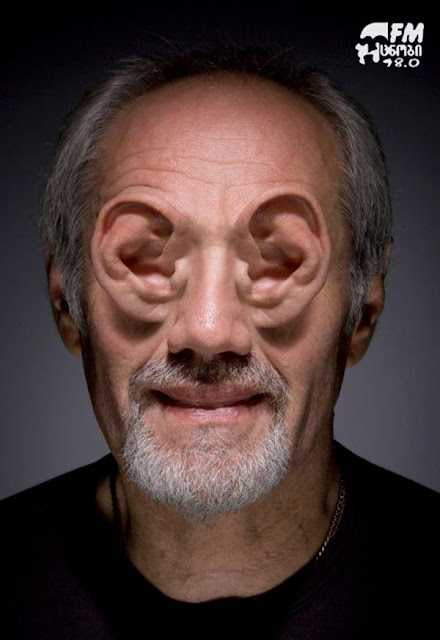 Love your weird and wonderful take on a stranger Joyce.

Things that make you go hmmmm! I love reading these types of stories. And yes, they usually do always involve men lol.

Okay, ONE DAY, I was just reading this nice little blog and scrolling down and then BAM! There's a man looking at me through his ears!!! I just about fell off my chair! Thanks for the smile and the laugh. :)

Okay... the picture with the ears for eyes is just a tad disturbing... really good editing, but a little bit freaky! :-)

I guess he sees what we hear. That's strange!

I love the "news of the weird" on the internet and anywhere else I can find it. Great stranger story.

I love dumbass criminal stories. I think my favorite was about the guy who went into a pizza place, filled out a job application, and then immediately held them up. The cops just went to the address on the app to arrest him.

Funny! That guy with the ears for eyes was wild. LOL

Hi Joyce, just stopping by to say how delightful your blog is. Thanks so much for sharing. I have recently found your blog and am now following you, and will visit often. Please stop by my blog and perhaps you would like to follow me also. Have a wonderful day. Hugs, Chris
http://chelencarter-retiredandlovingit.blogspot.ca/

I love weird and wonderful stories. And there must be a caption for ears in place of eyes, but I can't think of one right now!