The Jewish community has always been a tight knit group. If I want to know something about a Jewish guy, I can make two phone calls and learn his life story. 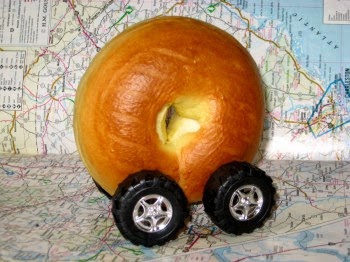 For example, my freshman year of college, I met a young man who asked me out for New Year's Eve. He had told me about his year in college, yada, yada, but I didn't know him at all and wasn't sure if I'd made a smart decision when I told him, "Yes." When my gut told me to do research, I made two phone calls and found out more about him than I should have.

Turned out, the dude had lied to me. He was still in high school and had done some immature and violent things that made it clear that I needed to stay far away. So, I broke our date. I know it wasn't nice, but a girl has to think of her safety first.

A few years later, I was talking to a friend about Jewish Geography. I told him the story about my broken date, and he laughed hysterically because he knew the story from another angle. Turns out this high school kid had bragged about how he was coming to a party with a college girl. When he showed up alone, people asked where I was? When he told them I'd broken the date, they cheered.

I know he wasn't a nice guy, but I wish I hadn't put him through that. I hope he has forgiven me. It would have been better had I never met him.

In fairness he did lie to you and I think it's a credit to you that you didn't find his humiliation funny. The way the Jewish communities live and work together is a fine example to many people if they took the time to notice. Nice post, thanks.
Enjoying the A to Z challenge, Maggie@Expatbrazil

What a great story, Joyce, told with warmth and humor. It might have been better if you'd never met him, but then, again, maybe this disappointment helped him to grow up a little and not be such a braggart.
Blessings!

He didn't lie about you breaking the date when he could have made up another story for your absence sparing him the cheer, so a little credit due to him there.

Your instincts served you well and you made the right choice.

That is the price one pays for being naughty. Steer clear of them bad boys... that's what I tell my daughter all of the time too. ;)

Certainly can't blame you for that, but it would have been better if you never met him. For your sake, not his.

I'd say you dodged a bullet and then I'd add, he told the truth so there's hope that he grew up better than he started out.

It is a small world. I would be pretty sure by now he has forgotten the entire thing.

You avoided a difficult situation and, even though he may have been upset, it was a good lesson for him. He did lie to you, after all.

Ah, I think it was good you taught him a lesson about being truthful.
Using deception to score a date is never a good idea. And I think all girls could have used this Jewish Geography at one time or another. For example, the guy that took me on a boating date.... the night before his wedding!!!! Thankfully, I resisted his promise of how lovely it was to wake up to the sound of the waves rocking the boat. Jerk.