I've made a lot of decisions ranging from life changing ideas to what kind of soup to order. Deciding on soups doesn't change lives, like other choices. For example, I skipped my senior year of high school and have wondered how my life would be different had I stuck around another year. Classmates told me our class bonded that last year and actually won a football game. Our high school team never won a game in the three years I was there.

Had I not gone to college a year early, I probably would not have met Rhonda at Laugh Quotes. She was my roommate and is still a great friend. Our sophomore year, she joined a sorority that didn't want me because I wore hiking boots to rush. Maybe if I'd stuck around high school to bond with the popular girls, I might have learned not to dress like a freak and have become Rhonda's sister. 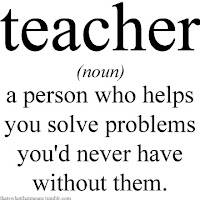 I made another important decision as a college student. After changing my major each semester, I had an argument with a professor who said, "You're going to be a teacher."

"I am not." I stood face to face with him and snorted my independence.

"I'm going to the school of Journalism to major in advertising."

I ended up getting my degree in Speech Pathology/Audiology. Today, I'm a teacher.

Yes, I decided to become a teacher, which probably wouldn't have made a difference had I attended college a year later.  But, had I not graduated early, would I still have met my husband? I'm not sure. Although I met him after college, I might not have been settled enough a year later to have known where to go to meet someone like him. That means, I wouldn't be living in Memphis nor have three beautiful kids. (I could have had three ugly ones instead). When my husband purposed to me, he gave me a compound sentence, "Will you marry me and live in Memphis?"

If that ain't love, nothing is.

Now the big decision. Do I post this now or wait until after Christmas?
I think I'll wait.

You never know, not really, which road is the one that brought 'you' to where are 'now'. Was it this decision or that one... and so on. As for when to post, hard one. Around any holiday it's dicey. Thanks for visiting Passionate Pursuits, always a pleasure finding new bloggers and writers.

Wow.. What a beautiful Life...

It seems like you've kinda/sorta led a charmed life. I'm very happy for you.

I am so happy in my life right now, but I sometimes wonder if different decisions would have left me better or worse off. I didn't do my senior year at high school either. Not because I was smart like you, but because I hated taking 8 classes when I only needed 2 credits. So, night school it was for me. I have also heard that a lot of people bonded in my senior year, but I think that had I stuck with it, I'd still have my husband, but I don't think I would have met my best friend. That would have been sad since she is one of the top people of importance in my life.

I love looking over little decisions in my life and seeing how they brought me to where I am now. It's encouraging.

So you hitched up your raft and drifted down river, Huck?

It's very interesting isn't it?
Life is like the movie "Sliding Doors".
Does one decision make a major difference, or do we end up in the same place eventually anyhow?
I love this stuff!!

So many little and not so little decisions end up directing our lives in many unknown ways. We can never know the course our lives could have taken if we had done things differently.

Hahaha very clever blog post! I play the "what if" game a lot---then usually decide I'm right where I'm supposed to be. Sounds like you are, too!

i often think about all the little decisions we make on a daily and how they shape our lives-who we meet, who we love, where we go. one could really sit and think on this subject for a very long time! :) happy to have found you through the social week-end hop- come visit me when ya can www.kendrakaypahukoa.blogspot.com.
have a great week-end Joyce!

Everything we do, no matter how small, effects the course of our lives - whether we realize it at the time or not.

A true life's story! So interesting to see what twists our paths in life take, influenced by the smallest decisions... Hubby and I often wondered what it would have been like if we had met 15 years earlier, but agree that back then it would not have worked out like it does now :)

I'm your newest follower from "Jay's Weekend blog hop". This is mine - ImagesByCW, if you like to check it out.

So I'm wondering...Why didn't you become a journalism teacher! LOL Interesting story. I, too, have often wondered what my life would have been like if I'd 'shifted' a little bit. Heck, I still do! Thanks for sharing. P.S. Does sound as if you made a lot of right choices, though.

Love it! And I love Memphis:))

Now I'm thinking about all the things, big and small, that influenced me and that may not have happened, which means my life would be very different now.

When I read your first paragraph I thought, no, if you stuck around another year you would never have met me! I love that photo of us, what a wonderful memory. Clearly from that you can see that I am no shoe expert, so I liked the hiking boots. Go figure. Yes, you were, are and hopefully always will be a great friend! My daughter just told me that in the latest NZ slang a good friend is referred to as a sister, so there you go - a few years later but now we are sisters. Sorry I am so late to visit.

It is amazing how many decisions we make and which ones have the most impact on us. I think you made all the right ones!

If I had not decided to take a walk past the park one autumn evening, I wouldn't have retired from my dream job to be the author I always wanted to be. I have a friend who would probably have died of cancer if she had not decided to get in touch with some old college friends on Facebook. One of my daughter's friends wouldn't have the career and husband she has if she hadn't mentioned to me that the company she worked for had gone bankrupt. I am always amazed by how the smallest decisions change our lives so completely.

Fate! The 'what if's' are fun to contemplate...Thanks for linking up for Flash Blog Friday :-)

Nothing like a compound sentence to prove a man's love.

I've played this game in my head a few times and of course, who knows the answers, but it's fun. I only know that who I am today is a happy woman in a good marriage and my kids have given me perfect grand babies. Life is good and all the decisions I have made to here, good and bad, ended up giving me a great retirement. I am where I want to be.