Have you heard about the new reality TV show, Dating Naked? If I can't find a bit of humor in this one, I guess I'll have to quit being a humor blogger. The premise for the show is for people to go on first dates in the nude, buff, naked, bare, stripped, etc. Of course one of the comedians was concerned about where money will be kept when they go out. Also, would the waiter really want to touch money when it comes out of storage? Fortunately, these singles on an island don't need pockets.

I hope they use plenty of sunscreen, otherwise, those round apples might look like Jonathans. Or after looking at some naked folks, people might turn green. Naw! It's television, so they'll only choose those people with disgustingly perfect figures and no backne.

The best part about the show is that the bachelorettes won't have any problems being able to tell if the guys truly like them. As for the viewers, they just need to look for a bigger patch of blur. I wonder if they have doctors on the set. After all, the commercials say, "Please seek medical attention for an erection lasting over four hours." Bwaaaa.

Now that naked television is the new thing, I wonder what other shows will be popping up. Be on the lookout for: 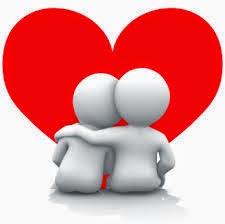 Maybe How I Met Your Mother could start a new season after this show or Two and a Half Men might take on a whole new meaning.

Oh, this list could be very looong! Bahahaha
I think it might be cool if they used real ordinary people and se what happens to the ratings. Or go on HBO Or some other premium and really show naked dating!
Hmmmmm,

I guess you caught me, Mary Ann. I've never actually watched that show.

Naked dating? do you think their running out of ideas LOL

We had a reality show once called The Farm where one contestant had to manually stimulate a pig for artificial insemination, I was eating my dinner at the time it put me right of my sausage and chips that's for sure. :-(

I bet you have Naked Dating on series record LMAO

I have seen the commercials and I flat out refuse to watch it.

LOL - this is very funny. Is it a real show? Big Butt Theory was my favorite.

LOL this is crazy. I suppose they don't wish to leave anything to the imagination!

I think Knocking Up the Kardashians has already been incorporated in the regular Kardashian series. One the two or three occasions I stumbled on it, somebody was looking at a pregnancy stick. Every time!!! How about The Real Naked Housewives of Atlanta? (Shame to let all that "body work" go to waste.

I don't understand the people who appear on these shows! Why prostitute yourselves?
Deb

Well, i guess there's nothing left to show! Pun intended.

Of all the things they could show on television.
Wow.
As usual that sort of thing will always intrigue and garner audiences in the open or secret.

I haven't heard of this one, but it really doesn't surprise. Television isn't about good programs anymore. It's just about shock value.

pretty sure Knocking Up the Kardashians already exists. HAR HAR

Have you seen Naked and Afraid?
it's a man and a woman. naked. in the jungle. a la Survivor.
as if the jungle isn't scary enough on it's own naked glory.

They should film it in Alaska in the winter.

It's a pretty stupid show.