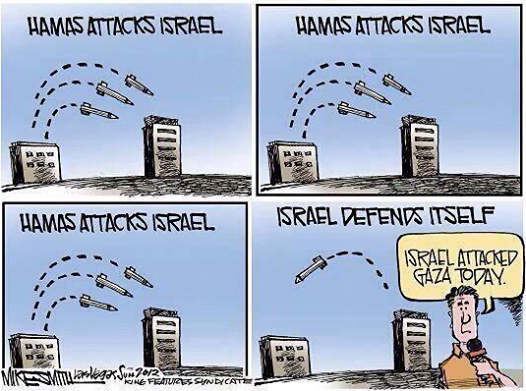 On June 10th, three Israeli teenagers were abducted and murdered by Palestinians from the West Bank. Hamas called the murderers heroes and held celebrations where Palestinians danced and passed out candy. The news never reported these celebrations because everything reported must slam Israel in the 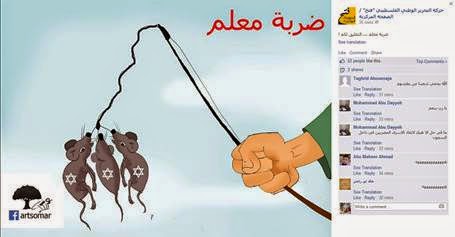 eyes of the world; however, you did hear reports of how an Israeli murdered an innocent Palestinian boy in revenge of the killings. Did the news tell you that Israel immediately condemned this murder, and Benjamin Netanyahu vowed to hold the murderer accountable? Or, did they report how Israeli police have arrested a suspect in the Palestinian boy's murder who will be punished if found guilty. This is quite a different reaction to the murders. In fact, this disgusting cartoon was posted on "The Palestinian Movements/Fatah's" central page depicting the murdered Israeli boys as rats caught in a fishing line with a caption translated to, "A Master Stroke." 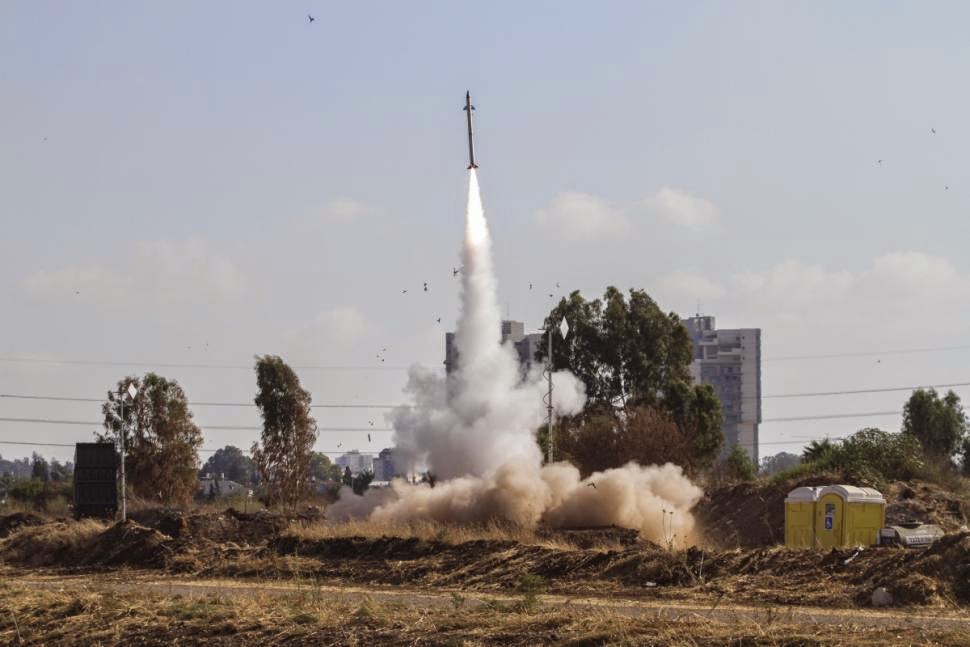 Sparked by these controversies, Israel is now involved in what looks like the start of a full blown war with Hamas. Today's New York Times headline reads, "Gaza Deaths Spike in Third Day of Israel Air Assaults." The article goes on to discuss Palestinian deaths while over 100 rockets have been shot into Israel. Try over 400 rockets!

When these rockets bomb Israeli areas filled with civilians, sirens sound for Israelis to take cover in bomb shelters. Furthermore, five 55 million dollar iron dome missile defense systems knocks many rockets out of the sky before they can do damage. This is why Israeli deaths have been absent, knock on wood.

On the Palestinian side, missiles are targeted at the rocket launchers that threaten Israelis and at the Hamas leaders. Before such attacks begin, Israel has dropped leaflets, phoned civilians in the area, and launched radio reports warning people to leave the area before the attack. Rather than leave as told, people are used as human shields to win the media war. "Look at all of the innocent children the Israelis have killed." Some of the photos have been found to not even be real, but rather deaths from as far back as 2009 or from a war between Syria and Iraq. Are Israelis really killing innocent people, or are they being killed by Hamas terrorists who put them in harms way? The news media is quick to blame everything on Israel as does a good part of the world. But let me ask, if missiles rained down on your country, would she defend herself? IF so, you need to support Israel.

You may donate to help Israel if you desire.
https://memphis.secure-fedweb.jewishfederations.org/page/contribute/stop-the-sirens

You may even donate pizza to the IDF soldiers in Israel.
http://pizzaidf.org/ 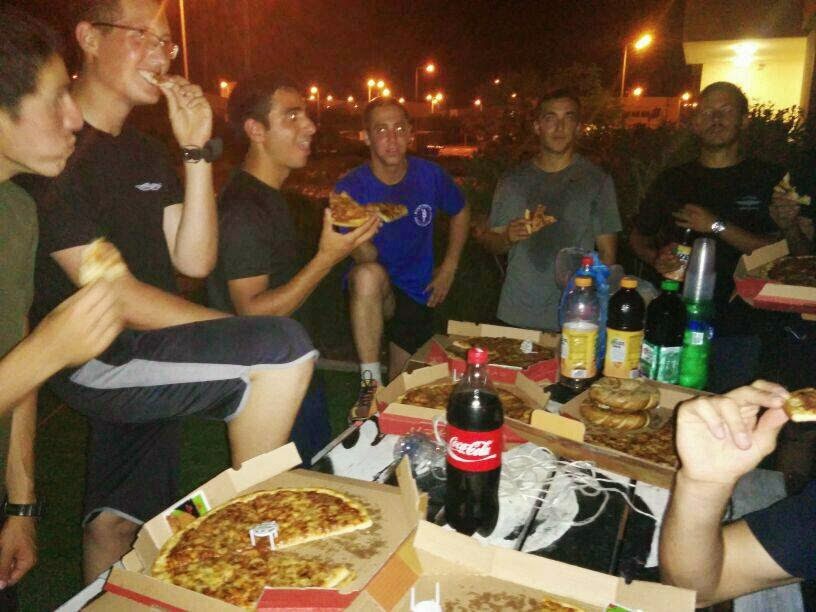 I interpreted the latest murders the same as you and I agree the reporting is horrible. Israel has defended itself from people who only want them to be destroyed. They have demonstrated restraint time and time again and only received blame. I agree with you 100% they are humanitarian as much as they can be while the Palestinians border on barbaric.

Change that...they are absolutely barbaric and disgusting to the detriment of their own people they seem to have no appreciation for life what so ever. If that is politically incorrect, let them do one single thing to show me different.

My long winded rant on your post will just not take so let me just say I agree with you 100%.

Can you get BBC news? They did a very two sided piece yesterday on this situation.

Media slants are so bad/ridiculous. The cartoon is repulsive. The unrest always leaves me unsettled.

It's a dire situation for sure. I have noticed the media bias, but for the most part, we Canadians do support Israel. Our Prime Minister, Stephen Harper, is probably the most vocal of world leaders in his support.

I support Israel. My daughter lives there. My husband is an Israeli.

Every time i think of Israel, i remember the words of Caspar TenBoom, one of the people in Holland who helped hide Jews during the war, and who died for doing so. He claimed that anyone who goes after the Jews is going after the apple of G-d's eye, and i agree with him. The whole situation is deplorable, that so many still single out one people group to blame all the world's trouble on.

I have a good friend who is from Israel, though he doesn't live there now. I truly hope they can somehow find peace. In war everyone loses.

War seems so pointless to me. In the end does anyone really win? So sad.