We received the dreaded phone call last night. Ruby, our much loved grand-dogter passed on at the ripe old age of 14 years old. 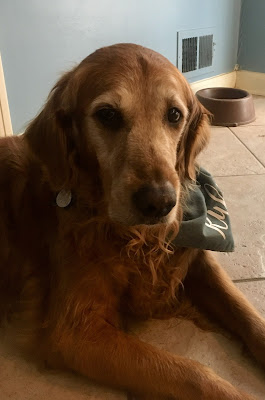 Although fourteen seems young, our furry friends are given a very short time here on Earth. As a golden retriever, she outlived most others of her breed, who have an average life expectancy of 10 - 12 years. She also died at home with her family as she quietly quit her labored breathing.

Ruby was a gift for our son's 19th birthday. He often referred to her as the gift that keeps on giving. She spent her youth as part of a college fraternity and was able to fart and burp with the best of them. Everyone loved Ruby, and Ruby loved a good party. She was a wild young thing as she would jump onto our six foot fence and peek over to tell the neighbors, "Hello." She did this until just a few years ago when she lost her high jumping abilities. But, she still loved to steal tomatoes wherever she could find them.

So, what do you do when the performance of the Can-Can is a little over an hour away, and Ruby chews up your bloomers? Or when your socks manage to get twisted in a red dog's intestines, and had to be removed by the vet. It feels like that wild little puppy quickly grew into a calm old gal . . .  and she will be missed!

Yet, even as an old dog, she was still Ruby. Daniel had a great plan to propose to his wife under a waterfall on a camping trip. Instead, Ruby rolled in something smelly, so the proposal was a bit less romantic.

Ruby had such an expressive face that I couldn't help but use her modeling shot in my store logo. Afterall, who could resist that goofy grin? 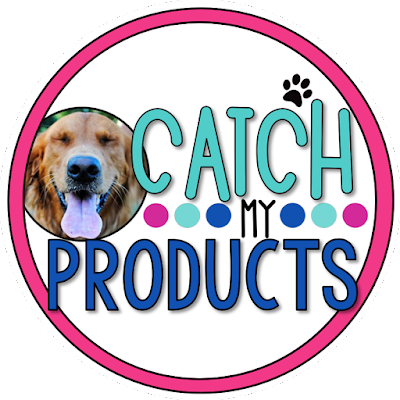 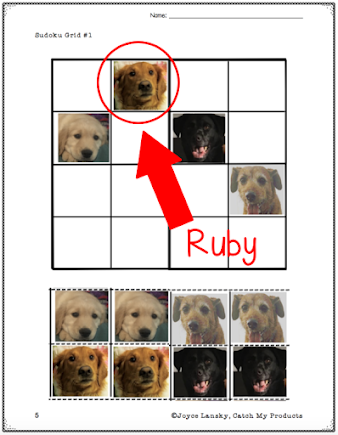 Ruby is the dark red, adult retriever in the sudoku puzzle.
She was such a looker in her day!
In memory of Ruby, I have placed my dog logic puzzles at half price until
I feel like putting things back to normal. Maybe for a few weeks.
I don't want to think about that, right now.
Good Bye, Sweet Girl! 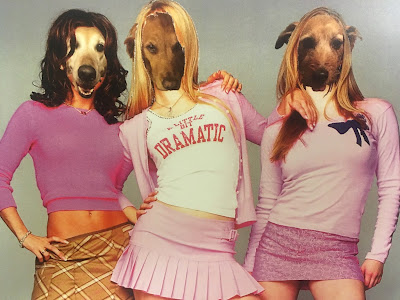 Ruby as Regina George with her friends, Honey and Millie.
Posted by Catch My Words at 4:43 PM

Please accept my condolences for the loss of precious Ruby. No matter how long we have our pets, it's never long enough.

So sorry to hear that, Joyce. Dogs are such wonderful companions, but they never live long enough.

It's obvious that Ruby was a loved part of your family. Please accept my condolences.