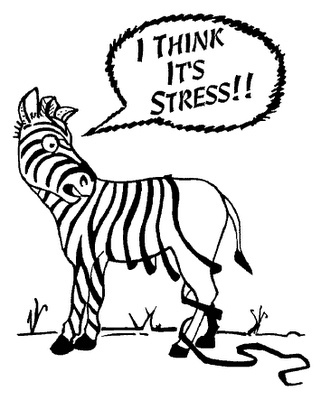 I finally got evaluated and might just survive this school year. It's amazing how one little pop in has lifted a huge weight off my shoulders, and I predict easier times ahead.

Sometime since January, I've been expecting an administrator to pop into my room, sit down, and evaluate me on sixteen different components. It's been bad all semester but had gotten worse these last three weeks. Rumor had it that all evaluations would be completed by Spring Break. The week before, administrators were popping into teachers rooms multiple times a day, so I braced myself for the inevitable. It didn't happen. I knew I'd have my evaluation the week after Spring Break because very few of us were left. But alas, it got down to the final four with another week gone by. Then, two of us. I was screaming and pulling my hair out as I worked every day from seven-thirty until six o'clock at night. It wouldn't have been so bad had I been preparing for the week ahead, but noooooo. I was perfecting lessons for evaluators who didn't show. By this week, it got down to twelve hour +  work days as I'd work the above hours and then bring more home. I'd wake in the middle of the night thinking about the evaluation and too worried to go back to sleep. I developed multiple stress rashes.

Finally, I dropped a strong hint to the administrator because I couldn't live this way any longer. He took the bait. What a difference a day makes! Poor Jackie. I was second to last to be evaluated, as far as I know, she's still waiting. :(

I hope to get back to blog dropping soon and will be participating in the AtoZ Blogging Challenge in April. Blogging six days a week through the alphabet... here I come.
Posted by Catch My Words at 10:43 PM

Email ThisBlogThis!Share to TwitterShare to FacebookShare to Pinterest
Labels: #AtoZ, A to Z Challenge, life stress, light, no time, out of work

The administrator at a school where I taught would pop in a class a week without notice. He would sit for the entire class and lesson (or lack thereof), which drove some teachers bats.

Well, one day I wasn't prepared for a lesson because I had been busy making exams for the end of the semester. Sure enough, Big Doodley with his britches up to his chest) walked in 2 minutes after the bell.

I went into a ad-lib with grammar, thinking he would skedaddle as he was Korean. Much to my immediate chagrin, he stayed the entire period.

Subsequently, he approached me, gave me a raise (yeah, we were non-union) and asked me to teach SAT and TOEFL.

Sometimes the things we fear the worse work to our advantage.

Wow! I felt like the lesson went well, and ironically, I was totally at ease throughout his time in my room. I will meet with him today to get my scores and am not worried. My problem is that I'm too much of a perfectionist. For example, we had a lengthy form to fill out--within 24 hours, so I was at school until six again and did some work at home. Most teachers I talked to filled it out quickly. I spent 3-4 hours on it digging up all the evidence I could find to prove I deserved the high scores I gave myself.

My Mom has that zebra on a teeshirt, she bought it at a nursing conference a few years ago. Always makes me laugh.

So it's not just students who fret about being evaluated? Well at least it's over! Hope you did well.

Well, no matter what, at least you can check it off the list and delete it from the "things to worry about" list. Plus, I'm sure you did great!

That is stressful! I bet you are glad the waiting is over. I am sure you did just fine!!

That is stressful! I bet you are glad the waiting is over. I am sure you did just fine!!