Although mirrors have been around since about 400 BCE, the queen's magic mirror in the Snow White story is one of the most famous of all. In case you forgot, everyday the queen gazed into the mirror and asked who is the fairest one of all. Then that crazy lady would get upset because the mirror said, "Snow White is the fairest."
Now come on! Let's think about this. She cheats at everything she does AND poisons an apple, yet she gets upset when the mirror says she's not fair? When has the queen ever been fair? And why would someone who cons people as much as her expect the mirror to say, "Yes. Your highness, you are the fairest one of all." I bet this lady even killed Snow White's real mom to marry the king. I can't prove it, but she's got those sneaky little eyes like someone who stacks extra aces in her bra every time she plays cards. 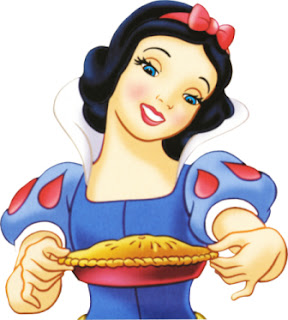 Now take Snow White. She's different from the queen. Sure, she broke into the short mens' home, but at least she cleaned up the place. Vacuumed, mopped the floor, cleaned the crumb caked dishes--heck. If someone wanted to break into my house to clean it, I wouldn't complain. Sounds fair to me. She even bakes pies.

However, there is nothing fair about her evil step mother! I bet she never baked a pie for anyone in her life. If she wanted to be called the fairest, all she had to do was–

WHAT? I'm sorry dear readers, but this lady who looks like Jane Curtain keeps interrupting me.

No. My name is not Roseanne Roseannadanna. I have dark frizzy hair, but I'm not her.

What do you mean the word "fairest" means beautiful?

I miss you Gilda!

Ah, I miss Gilda's wit as well. And what about her husband, Gene Wilder, he died also. Wow, that was two very funny people.

I was watching an old Richard Pryor/Gene Wilder flick last Friday. Have you ever seen 'Stir Crazy'? If not, please do for a serious bout of laughing.

By the way, the queen is indeed a beeeeatch!

Those Roseanne Roseannadanna bits were pretty funny.
I think Gene's still around, though.

So funny, I love Gilda Radner

You are hilarious and spot on about Snow White and the Queen!! LOLOLOLOL Gilda Radner was the best!!

You crack me up. Gilda was awesome. Good call on this week's post.

This was pretty funny! Gilda Radner was amazing and so unique. Thanks for the laughs!

Enjoyed this..Hadn't heard of Gilda Radner (I live in India) - but I'm off to take a look at more of her videos.