It's December, which means one more week of controlling overly excited grade schoolers who don't wholeheartedly believe in that jolly dude wearing a color that only makes him look fatter. Maybe St. Nicholas should switch his costume to black, since it's slenderizing.


The fat guy has been down our chimney once in twenty plus years. He dropped off three Christmas gifts that were addressed to kids with names we didn't recognize. Since we didn't know who these kids were, where to find them, or how to get in touch with the fat man, our kids kept the presents. I hope that was okay.

Santa doesn't celebrate at our house because we're Jewish. Someone once asked how we explained to our kids that Santa is anti-Semitic. However, the kids never saw it that way because we have our own celebration-- Hannukkah, Hanuka, Channakkah, Chanukah. No one knows how to spell it, and many don't know how to pronounce it either.

It's not too different from the other Jewish holidays: They tried to kill us. We survived. Let's eat. Chanukkah also means gift giving. My daughter sent me the following e-mail, which I posted on my Facebook page. 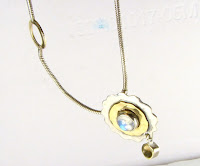 Subject: if someone needs a hanukkah gift for me.... 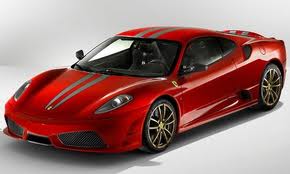 In response, my other daughter sent me the following message:
If someone needs a hannukkah gift for me......
http://www.msnbc.msn.com/id/13740099/ns/business-small_business/t/sale-hot-red-ferrari-seller-included/
Notice they each spelled the holiday in a different way.
When it comes to the holidays, I'm happy to see my kids! After all, it's the seeson... and seedaughter! Here's Adam Sandler's take on our holiday.
Posted by Catch My Words at 10:58 PM 7 comments: Links to this post

When I was a little girl, my friends and I would often build mini safe havens in the den. We'd place chairs, TV trays, ottomans or anything else we could find at odd angles and then cover them with blankets to make a mini burrow that we'd crawl through. Next, feeling as if we were in our own private place, we'd play inside the blanketed house. It was great as long as no one farted. ;-)

I don't remember my kids doing this (I'm talking about building tent houses, not farting). In fact, the only time I'd ever seen a blanketed safe haven, other than mine, was in the movie Sixth Sense when Haley Joel Osment tried to escape his ghostly visitors. Ironically, he never felt as safe in his safe haven as we did in ours. Maybe ghosts had filled our blanketed hutch too, but would this be a bad thing? After all, without a body, one cannot pass gas. I would think it would be a blessing to be with ghosts and here's a second reason why.

Friday night, my husband and I enjoyed a community dinner in a sukkah. The story behind the sukkah is that anyone from the past is invited to join us there. With the rabbi's nudging, several guests mentioned who they'd like to invite to dinner. First I wanted to invite my parents, but I also would have enjoyed dinner with Gilda Radner in her Roseanna Roseanna Dana get up. I always liked comical ghosts instead of spooky ones. My parents were also quite funny, so they would have fit right in with Gilda in this sukkah safe haven complete with ghosts. What could be safer than a homemade structure with lost loved ones?

The Eighth Wonder of the World

As I drove down Poplar Avenue, I noticed red and green lights in the Exxon window which wished me Happy Holidays and flashed a chubby Santa at passing traffic. Maybe "flashed" is the wrong word since St. Nick was fully clothed, thank God, but why was that goofy Christmas icon still waving at me?
Being that it's late March but not quite April Fools Day, I figured this wasn't a joke. So Santa still graced the window for one reason or maybe another. Here are some possibilities:
During the Christmas season, people tend to be more generous. Maybe if they leave the lights up, people will think it's still the season of giving and buy more gas, junk food, lottery tickets, or Cokes.

I called Exxon. Miss Gas Queen knew the message was up but as to the reason why, she said, "I have no idea, Baby." Maybe that means they don't care. But then again, she said all the stations have the lights up. So does this mean it's a national con to sell fuel? Yeah, that's it. Or maybe after the BP oil spill knocked down the competition, every day is Christmas at Exxon!

I guess it's possible, but highly unlikely. After all, how complicated could it be? Confuzzle it because maybe . . .

Which brings me to my former neighbor Pat who spent so much time putting up her tree that she swore she'd never take it down again. Five years later it was like, yeah, our house is the one two doors down from the huge Christmas tree in the window.

So folks, let's just call this the Eighth Wonder of the World!

Posted by Catch My Words at 7:46 PM 7 comments: Links to this post